Most people know they have the right to vote tomorrow, November 8, 2016, for the next president of the United States (among other candidates/issues). However, not as many people know they might be entitled to miss work in order to cast their ballot. Although there are no federal laws requiring employers to provide employees time-off to vote, many states have such laws. 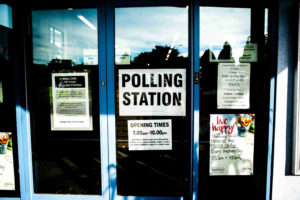 In Illinois, the State’s Election Code provides employees certain protections when it comes to voting. 10 ILCS 5/17-15. The Act applies when an individual begins their shift less than two hours after the opening of polls, and ends less than two hours before the closing of polls. In these situations, the company must permit a two-hour absence to allow the employee to vote. It is illegal for a person or corporation to deny this type of leave or subject the employee to any adverse consequences for making the request.

In order to take advantage of the law, Illinois employees need to act by the end of the day! In order be protected by the law, the employee must submit the leave application prior to the day of the election. Now Illinois employees have one less excuse to exercise their civic duty and vote on Tuesday!