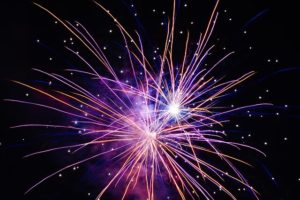 The Victims’ Economic Security and Safety Act (VESSA), requires companies to provide employees leave if he or she has been a victim of domestic or sexual violence, or has a family member who is a victim. The previous version of the law only provided leave to employees who worked for companies which employed at least 15 or more employees. However, in 2016, the law was amended to allow leave for individuals regardless of the amount of employees.

I have extensively blogged about Jimmy John’s inappropriate and unnecessary non-competes with low-wage employees. After several lawsuits against the companies, bad press, and settlements, Jimmy John’s is no longer able to use the impermissible non-competes on low-level employees. In addition, Illinois passed the Illinois Freedom to Work Act, which prohibits such non-compete agreements with individuals earning $13 or less.

These are the most important new Illinois employment laws affecting workers. I will continue to monitor and update you on important case law and legislative updates that affect Illinois workers, including the new and hotly disputed federal overtime rule. If you think any Illinois workplace laws have been violated, contact an attorney immediately.

Businesses can have very legitimate reasons for implementing covenants not to compete (non-competes) with their employees. In Illinois, there are primarily two ways companies can justify subjecting employees to non-competes: (1) protecting confidential trade information; and (2) protecting customer relationships. In evaluating whether a non-compete is valid, a court will determine whether the provision: (1) is no greater than is required for the protection of a legitimate business interest of the employer-promisee; (2) does not impose undue hardship on the employee-promisor; and (3) is not injurious to the public. See Reliable Fire Equip. Co. v. Arredondo, 965 N.E.2d 393, 396 (Ill. 2011).

There are certainly “close cases” when it comes to the enforceability of non-competes. Whether a restriction should last for one or two years, restrict competition within 50 or 100 miles, or limit the applicability of the non-compete to a specific type of business activity are all likely relevant in whether a non-compete will have any force. However, the non-compete Jimmy John’s required its employees to sign was certainly not a close case. The sandwich company required all employees to sign a non-compete (the entire agreement can be found here), prohibiting the employee from working for any business which derives more than 10% of its revenue from sandwiches, and located within 3 miles of any Jimmy John’s restaurant for a period of two years. The agreement does not even attempt to justify why a non-compete is necessary, as most do. 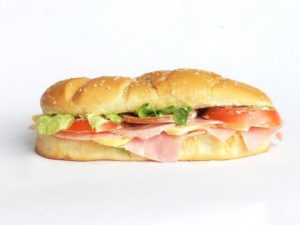 It is mind boggling why someone thought this non-compete was necessary. Jimmy John’s employees do not have any secret information when making your sub. In fact, a customer can watch the employee make the entire sandwich. Jimmy John’s employees also do not have protectable customer relationships.  Even if the company had protectable interests, a court would likely find the non-compete was not limited to those interests. Instead of restricting the non-compete to sub sandwich restaurants near the particular Jimmy John’s, it restricted employment to basically all restaurants in the country.

Fortunately, the non-competes caught the attention of the Attorney Generals in Illinois and New York, and both states filed suit against the company for unfair conduct in violation of the States’ Consumer Fraud and Deceptive Business Practices Acts. The company soon caved, and agreed to not enforce any previous non-competes, and not require new employees to sign the provisions.

To prevent future oppressive conduct by companies, Illinois recently enacted the Illinois Freedom to Work Act. The Act prohibits employers from entering into non-competes with employees who earn $13 or less per hour. If the employer chooses to enter into the non-compete with such “low-wage employee,” the Act deems the covenant illegal and void. The Act becomes effective on January 1, 2017, and only applies to agreements entered after that date.

The moral of the story is that if you are contemplating signing a non-compete, or are not sure how an already-signed non-compete will affect you, consult an attorney immediately. Do not assume that all non-competes are enforceable in DuPage County or elsewhere in Illinois, because as Jimmy John’s showed, they often are not.

I previously posted that Illinois was on the verge of passing HB1288, the Domestic Workers Bill of Rights. Thankfully Governor Rauner has now signed the bill, making Illinois the seventh state to adopt the type of law. The Act provides much-needed workplace protections and entitlements to housekeepers, nannies, and caregivers, among other types of domestic jobs. 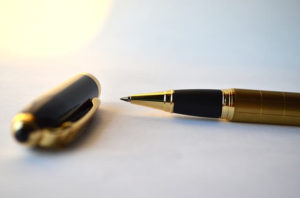 Imagine this situation. You are a model employee at your company. You arrive to work early, stay late, and work hard. One day, your boss pulls you into his office with some unfortunate news. Your boss admits that you are a great worker. However, he says that he recently learned that you are gay, and for that reason alone, you’re fired. Did your boss break the law by firing you based on your sexual orientation? Although it might surprise you, under federal law, most courts have found this type of termination is perfectly legal.

Title VII of the Civil Rights Act of 1964 is a federal law which prohibits many employers from discriminating against employees. Title VII makes it an “unlawful employment practice for an employer to fail or refuse to 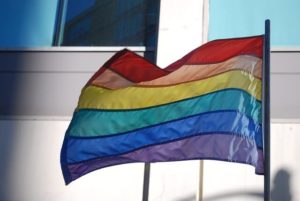 Also keep in mind that even some employers are not subject to any anti-discrimination laws as to sexual orientation, they are free to implement their own policies that prohibit this type of discrimination. Although not legally required (at least no yet), it would still be the right thing to do.

As I previously discussed, the Department of Labor created a new overtime rule that will increase the salary threshold for so-called “white-collar” employees to be exempt from overtime.  Currently white-collar employees are exempt from overtime if they are paid a salary of $23,660 and meet other job duties qualifications.  However, the Department of Labor is increasing that threshold to $47,476.  This means white-collar employees earning less than this amount will be entitled to time-and-a-half for all overtime worked.  The new rule is set to take effect on December 1, 2016. 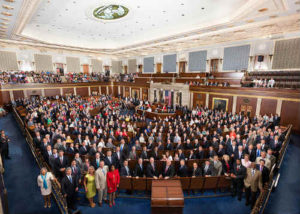 Opponents of the new rule, largely Republicans, have already fought hard to prevent the rule from becoming implemented.  Senate Republicans initially contemplated blocking the rule by including a rider on this year’s Appropriations bill.  Such a rider would cut off funding necessary to implement the rule.  However, Republicans did not end up including the rider in the bill, knowing such a rider would likely result in a veto from President Obama.

Senators have also introduced a resolution (S.J. Res. 34) to block the overtime rule.  The resolution was only backed by Republicans.  The President is required to sign any resolution preventing the rule (per INS v. Chahda, 462 U.S. 919 (1983)), meaning Congress would need a two-thirds vote to override any veto.  As President Obama proposed and announced the overtime rule, a veto would be inevitable, and Republicans would be unable to override it.

However, legislators on both sides of the aisle have proposed changes to the new Overtime Rule.  This month, Representative Kurt Schrader (D-OR) introduced H.R. 5813.  The law would phase in the Department’s overtime rule over a period of three years.  It would increase the threshold as follows:

GovTrack currently gives the bill a 1% chance of becoming a law.  However, we will closely follow this and other related proposed legislation as it will determine whether a large amount of workers are entitled to overtime pay.

On June 26, 2016, the Illinois General Assembly approved the Illinois Domestic Workers Bill of Rights.  In short, the law would provide greater workplace protections for domestic workers, such as caregivers and house cleaners, that were previously unavailable.  The bill is sitting on Governor Bruce Rauner’s desk for his signature. 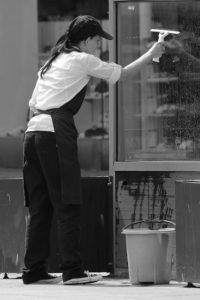 Moreover, some laws specifically exclude domestic workers from the employment protections.  For example, the National Labor Relations Act, which allows employees to form a union and negotiate for better pay, does not protect individuals “in the domestic service of any family or person at home.” 29 U.S.C. § 152(3).  Similarly, the Occupational Safety and Health Act, which sets minimum standards of health and safety at the workplace, does not cover domestic workers. 29 C.F.R. § 1975.6.

The Governor has 60 days to take action on the legislation.  If he approves the bill, it will become effective on January 1, 2017.  Domestic workers are often overworked and underpaid, and it is good to see these long-overdue employment protections close to becoming Illinois law.